UPM Biomedical hosts a “3D Cell Culture Seminar” annually where the most recent advances in this rapidly developing field are presented by experts from around the world. 2017 meeting was held in Helsinki at UPM’s Biofore House on the on 11th-12th October. The seminar provides an informal environment for easy interaction between researchers promoting open debate, and an evening networking opportunity aimed at fostering new collaborations between participants which is essential for advancing science.

"The nature of collaboration between pharma and academia is changing rapidly, with the creation of so-called open innovation partnerships in which industry capabilities in drug discovery and development are partnered with academic innovation to identify drug targets and progress new medicines towards the clinic. These partnerships build on the strengths of academia and industry with both partners sharing the risk and benefitting from the rewards of success.” says Steve Rees, Vice President of Screening Sciences and Sample Management, AstraZeneca. Rees was one of the speakers at UPM’s seminar. 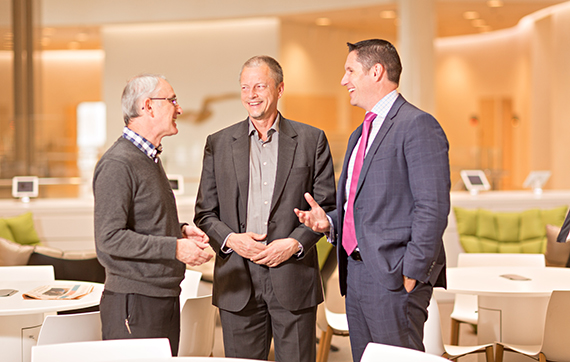 The annual UPM seminar is aimed at providing an informal atmosphere for easy interaction between the researchers. On the left, Steve Rees from AstraZeneca, Horst Flotow from Hit Discovery and Phil Stephens from Cardiff University engaged in a vibrant discussion.

The seminar was opened by Prof. Dr. Ursula Graf-Hausner, CEO of 3dcellculture from Switzerland. In her opening speech Dr. Graf-Hausner gave a great overview of 3D cell culture for drug development with selected technologies, including bioprinting.

Dr Vilja Pietiäinen from FIMM Institute for Molecular Medicine from Finland continued with much-discussed topic of personalized medicine, which was followed by an interesting presentation of development of a 3D placental culture for testing endocrine disrupting chemicals (EDCs) shared by Dr Emmanouil Karteris, Senior Lecturer and Head of the Cellular Endocrinology from Brunel University London, United Kingdom.

First day’s last speaker before poster & cocktail reception was Professor Phil Stephens, College Dean of International & Engagement and Professor of Cell Biology from Cardiff University, United Kingdom who challenged the audience with the presentation titled “In vitro models: useful or useless?” When interviewed later on, he also highlighted the need for collaboration in advancing science:

“Working with industry partners is essential for the development of new healthcare technologies for patient benefit. Only through working in partnership can research ideas be translated to deliver tangible health and wealth benefits for a happier, more productive society.” says Professor Phil Stephens.

The second day was opened by Steve Rees, sharing the AstraZeneca Experience of 3D Assays in Drug Discovery. Dr Paul Roach from Loughborough University, United Kingdom covered the Nano to micro control of biological interactions in his presentation, followed by another stimulating presentation given by Dr Horst Flotow, CEO of Hit Discovery Constance (HDC GmbH) from Germany about High-throughput screening in 3D.

The last topics discussed in the seminar ranged from Establishment and characterization of 3D tumor models by Dr Beate Rinner, Assistant Professor from Medical University of Graz, Switzerland to 3D bioprinting of human soft tissues by Elin Pernevik, Bioink Engineer at CellInk, Sweden. The seminar was concluded with a great presentation of 3D cultivation of adult human stem cells in natural and synthetic scaffolds by Dr Darius Widera, Assistant Professor & Lecturer School of Pharmacy from University of Reading, United Kingdom. 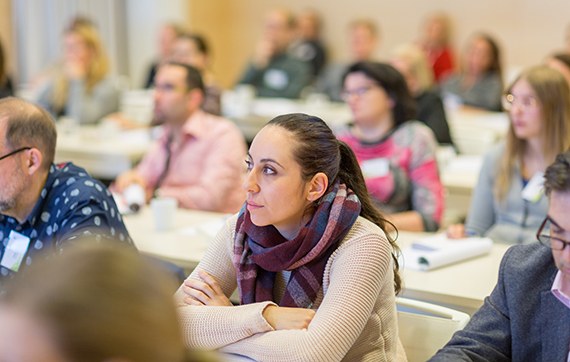 The audience very much appreciated the variety of the talks given at The 3rd Annual Visions for 3D Cell Culture Conference.

UPM and the GrowDex® team would like to thank everybody who participated in the seminar and look forward to seeing new and old friends at the 2018 meeting!