Animal Free Research UK was founded in 1970 with the aim of awarding grants to scientists to help replace the use of animals in medical research. Chief Executive Carla Owen talks about the charity, its aims and some of the projects it has been involved with.

Animal Free Research UK firmly believes that excellence in biomedical research can, and should, be pursued without animal experiments. The charity receives no government or industry funding, relying on donations, legacies and fundraising activities. In the years since its foundation it has funded over 200 projects, including research into cancers,  Alzheimer’s disease, asthma, diabetes, and kidney, heart and liver disease. Researchers applying for funding go through a rigorous peer-reviewed process to ensure that the proposed project is humane and human relevant. To be successful, projects must be highly valued by expert researchers in the proposed medical field of study, with the potential to make a large impact on society. Projects must also drive change towards the replacement of animal experiments, for example, by showing how human-relevant data can be obtained better, faster and more cheaply using humane replacement technologies.

Carla explained: “Behind everything the charity does is a drive to replace animal research with cutting-edge, human-relevant methodologies, and all the projects we fund are working towards this goal. One example is The Animal Free Research UK Animal Replacement Centre of Excellence at Queen Mary University of London, led by Professor Mike Philpott, which is investigating the molecular signalling pathways involved in basal cell carcinoma using advanced 2D and 3D cell culture techniques. The team uses human cancer biopsy tissue, cancer cell lines or skin cells donated from cosmetic surgery to model skin cancer by altering gene expression. Its advanced human-based model has shown that drugs frequently used to treat basal cell carcinoma – which have previously been tested in mice – have little effect in reversing genetic changes. This indicates that a human-relevant, non-animal model offers a better approach to testing potential drugs to target basal cell carcinoma. Alongside this, Animal Free Research UK lecturer Dr Adrian Biddle is developing a 3D tumour invasion model that will incorporate fresh human tumour specimens without prior passage in 2D culture, which is a really exciting prospect.” 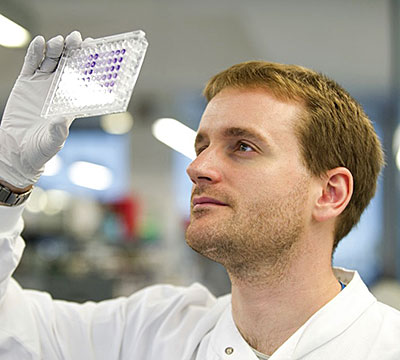 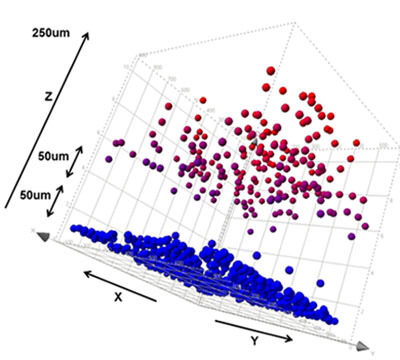 Carla continued: “We have funded research by Professor Geoff Pilkington at the University of Portsmouth to engineer the most sophisticated in vitro, all human, blood-brain barrier reported to date. Comprised entirely of human cells and proteins, it accurately reflects the biological features of the in situ human brain. One of our most cited papers1 comes from Professor Valerie Speirs at the University of Leeds, whose work is at the forefront of in vitro breast cancer research. We are currently raising money to fund her next project in partnership with Breast Cancer UK, which will investigate the influence of hormone mimics on breast density – dense breast tissue is associated with an increased risk of developing breast cancer – to try to uncover ways to reduce the risk of people developing the cancer and save more lives.” 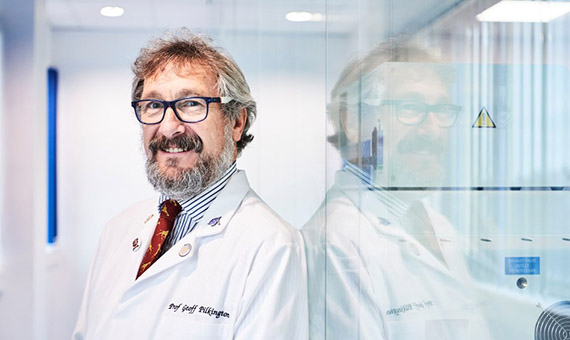 Professor Geoff Pilkington was funded by Animal Free Research UK to engineer the most sophisticated in vitro, all human, blood-brain barrier.

Animal Free Research UK promotes the replacement of animal experiments for both scientific and ethical reasons. Carla said: “Some human diseases, for example, Parkinson’s disease, HIV, heart disease and some types of cancer, are not seen in animals and so, sadly, the symptoms are artificially manufactured in animals. This doesn’t take into account other complex factors of human disease, such as how a disease instigates or is affected by human genes, society or psychology. Cells taken directly from humans provide more relevant and ethical models, which can provide a more accurate indication of a drug’s potential effectiveness. The consensus of the scientific community is that one day the use of animals should be replaced entirely – our job is to make that happen as quickly as possible. One of the easiest things any researcher can do today is to swap animal-derived cell culture biomaterials for animal-free replacements, such as GrowDex®, which improve experimental reproducibility by reducing batch-to-batch variation, cross-reactions and contamination.”

Both 2D and 3D cell culture can be used to extract meaningful human-relevant data for a wide variety of applications. However, researchers generally agree that 3D cell cultures more accurately mimic organs and tissues than cells grown in 2D. “All scientists should have the opportunity to learn about and use the latest novel non-animal techniques, such as 3D cell culture and organ-on-a-chip technology, to improve their research outputs. One of the best ways to develop new and exciting human-relevant research is to encourage young scientists to discover and develop animal-free methods and technologies, which we support through undergraduate and graduate summer studentships. My vision is for all human biomedical research to be done in human-relevant, non-animal-based systems, which will lead to more effective drug therapies. Collaboration between non-governmental organisations, industry and academia is vital to continue developing the tools to realise that vision,” Carla concluded.