Culture of cells in vitro has historically been carried out in 2D format, in monolayers or sometimes aggregates/ spheroids. In recent years it has now become widely accepted that cells respond differently to this 2D environment than compared to the 3 dimensional associations they encounter in normal tissue. Various methods have been utilised to expand methods of in vitro culture into 3D, with hydrogel networks being likely the most widely used.  Various in vitro models have been established to replicate many different organ and tissue types, although the central nervous system remains a challenge due to the many different intercommunicating cell types and the dependence on complex cytoarchitecture for normal function. The need to develop complex functional models, particularly using human-relevant tissues, will be highly relevant for establishing a better understanding of neurological dysfunction and an enabling technology for clinical intervention. Culturing within a 3D environment, allowing and supporting inter-communication between various neural cell types, is essential in this effort. Here we establish methodologies for 3D cell culture of the common neuronal cell line SH-SY5Y within the GrowDex® hydrogel to provide a more biomimetic set of environmental cues with which to promote cell migration and neurite outgrowth, whilst sustaining the viability of the population. We have had similar success with primary cortical (E16) neurons although those details are not covered in this application note.

Fluorescence imaging revealed that two of the peptide hydrogels examined had not supported cell growth owing to dissolution of the hydrogel under the testing regime. GrowDex and the one remaining peptide gel did retain structure throughout the evaluation and were shown to support cell growth. GrowDex maintained an evenly distributed cell population (Fig. 1) which also indicated cells had migrated throughout the hydrogel. The remaining peptide gel, whilst sustaining high cell viability (Fig. 2), demonstrated minimal neurite outgrowth compared to those cells cultured in GrowDex. 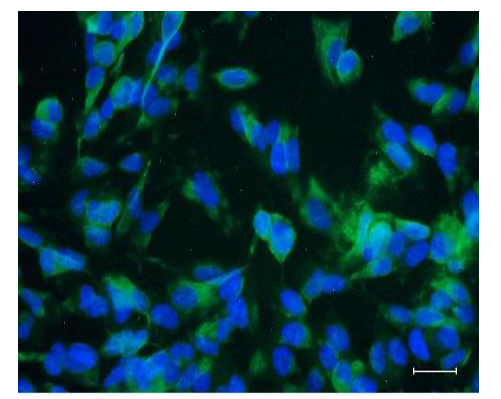 Fig 2. Live/dead staining of SH-SY5Y cells with 1% v/w GrowDex hydrogel 24 hours after seeding. The results of the assay are compared to the same data generated using the single peptide hydrogel that was able to maintain the cell culture.  Error bars indicate a single standard deviation.

Our results indicate that a 1 % w/v GrowDex hydrogel is able to sustain the three dimensional culture of SH-SY5Y cells, producing an evenly distributed population within a 96 well plate format. Cell viability was high and neurite outgrowth was also observed in the 3D format. Additionally it was noticed that the consistency of GrowDex was more robust when added to media via a syringe rather than vice versa which allowed for more thorough mixing without the formation of bubbles.