Organ-on-a-chip devices have been one of the top emerging technologies of the last few years. These devices strive to understand how human organs and tissues work, presenting multiple cell types within a specialized in vitro environment to mimic the function of normal tissue. Paul Roach and his research team from Loughborough University are developing 3D microfluidic chips that aim to provide the micro‑structured detail and cellular support for neuronal tissue. In the research, the team has investigated the use of GrowDex. “The performance of GrowDex for replicating very fine micro-feature detail for the culture of neurons has been absolutely phenomenal”, Dr. Roach says.

Dr. Paul Roach and his research team at Loughborough University, UK, are developing multi-channel 3D microfluidic chips, i.e. models that simulate the activities, mechanics, and physiological response of human tissues. In the future, the small but complex devices can be used as a platform for several different medical applications.

“The Organ-on-a-chip technology mimics how tissues function in a smaller, well defined tissue construct. This technology has been gaining a lot of interest because it gives us an ability to screen potential therapies in advanced model tissue systems, a half-way house between simple in vitro single cell-type studies and animal studies,” Dr. Roach says.

The technology could potentially help to solve the significant problem of late stage clinical trial failures for both pharmaceuticals, cell and gene therapies.

“Improved understanding of both disease progression in disuse, and treatment mechanisms are also likely to improve the success rate of clinical trials. This is important because, for example, only 15 per cent of drugs which are tested in the clinic are finally approved for widespread use. But with this technology, streamlining the development of treatments through the use of better biological mimics at an early stage will impact on the cost and translation of therapeutics.”

Paul Roach’s team is focused on nervous tissue, which is a very challenging research subject because of its complex architecture. It is difficult to replicate the tissue in terms of realistic function due to the many different intercommunicating cell types and the dependence of their complex organization for normal function.

Roach and his team are trying to mimic neuronal circuits which dictate the flow of information in the nervous system.

“Neurodegenerative disease is closely linked with age: we start to lose neuronal connectivity, with diseases impacting on specific neuronal circuits, which means that there is limited communication between cells A and B. If we can make these defined circuits in the lab, we can investigate how they function – how drugs affect the function of circuit upstream and downstream of application, and how disease is affecting the cells and surrounding tissue. In the future, we may be able to create neuronal circuits for transplantation – a tissue engineering approach. A clinical intervention like this could particularly help patients with neurological dysfunctions,” Roach explains.

Historically, simple in vitro models of neuronal tissue has been achieved by growing cells in a 2D monolayer, sometimes using chambers to separate different cell type whilst allowing them to connect through micro-channels. The problem has been that cells grown in 2D don’t replicate effectively the activity or function of native cells in a 3D environment. This is why various methods have been tested to expand in vitro culture into 3D. Hydrogel networks are probably the most widely used method.

Paul Roach and his team have also been testing a few different hydrogel matrices commonly used for 3D cell culturing, and so far, GrowDex has proven to be one of the best.

As Dr. Roach first heard of GrowDex last year, he was delighted to discover that it was a plant-derived material.

“I thought GrowDex was worth a trial and wanted to see how it would work in our devices. I was surprised as my students soon reported that it was one of the best performing gels under study.”

Roach’s team was able to introduce GrowDex into their microfluidic devices. They have succeeded in supporting cell growth of the common neuronal cell line SH-SY5Y as well as primary cortical (E16) neurons.

The brain-on-a-chip devices developed by the research team present micro-channels that are too small for neuronal cell bodies to enter. Neurites are directed along their length to connect to neighbouring cells on the opposite side. GrowDex has provided a more biomimetic set of environmental cues with which to promote cell migration and neurite outgrowth, while sustaining the viability of the population.

“I believe that the Growdex worked so well to replicate the micro-structures as the cellulose fibres are already present in the network, unlike other gel systems where the fibrous network self-assemblesin situ. The surface area to volume ratio in a micro-device is extremely high, so any surface interaction of the chemical used may impact on the ability to form this fibrous network. This therefore affects the hydrogel structures ultimately formed. GrowDex has worked really well for us, which is why I have recommended it to my colleagues in other universities as well,” Roach says. 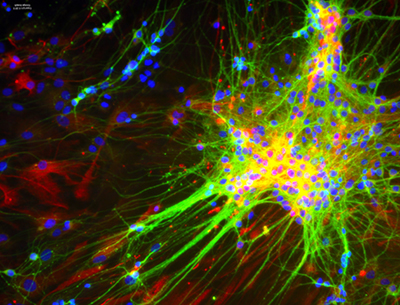 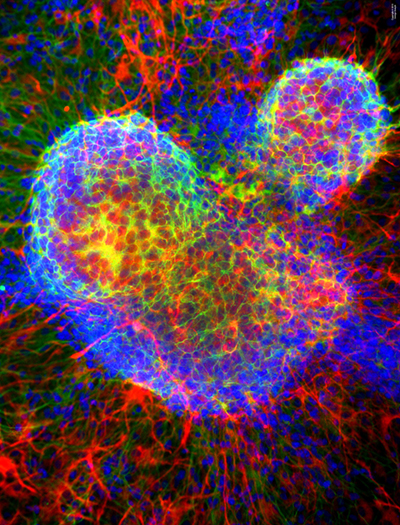 Read more about the research of Dr. Roach's team: